HomeNewsAwardsYeoman Mason’s sweep the board at Georgian Group Craft Awards

Yeoman Mason’s sweep the board at Georgian Group Craft Awards 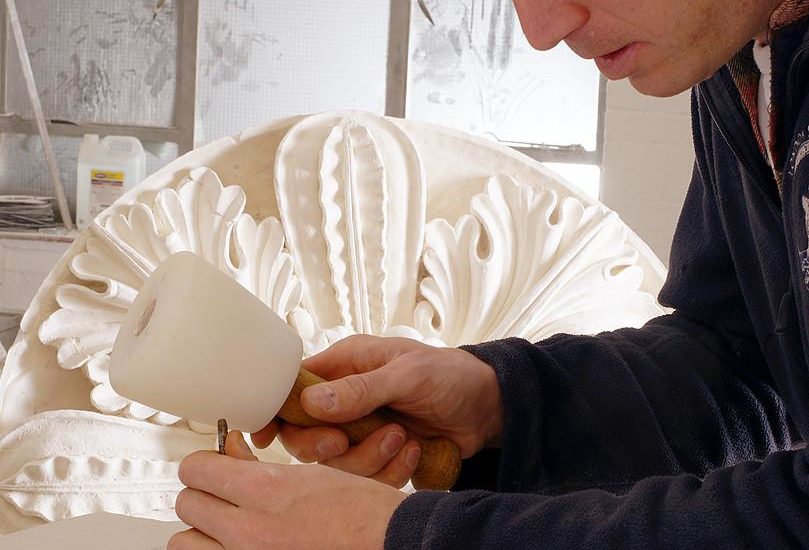 Yeoman Mason’s sweep the board at Georgian Group Craft Awards 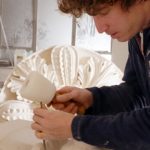 Four of our Yeoman Masons- Tom Brown, Sam Lee, Josh Locksmith and Thomas Nicholls – were awarded a joint prize at the first Craft Awards presented by the Georgian Group for their combined work on creating two Soane Rose roundels for the restoration of Pitzhanger Manor, in Ealing. The Manor, was re-designed in the early 1800’s by Sir John Soane, one of the leading architects of his day, as his country house. 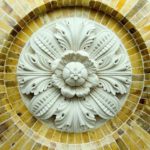 Previously, the Group – which is the champion of Georgian buildings and their restoration – has only given awards to actual projects. This was the first time that it has recognised the people whose skills deliver the wonderful restoration work that goes on around the country.

The Yeomen were all students of historic carving at City and Guilds of London Art School who decided to set up a firm, London Stone Carving, where they could bring their combined skills to the benefit of their clients.This approach certainly paid off as not only were they selected by the eminent panel of judges for the Mason’s Company prize but, at the end of the ceremony, it was announced that they had won the President’s prize for outstanding merit – against the competition of the other livery companies contestants. 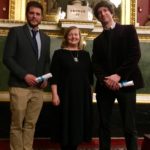 The Master’s Lady, Claire Bowles, was able to join a group of members to celebrate the success of our Yeomen. Sadly, both Sam and Tom were unable to travel to London to receive their certificates from the Duchess of Argyll, President of the Georgian Group, but Josh and Thomas were there to revel in the glory on their behalf.

It was a momentous evening, held in the opulent surroundings of Goldsmiths’ Hall.