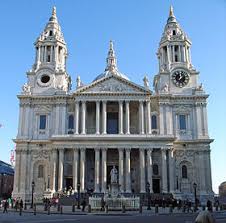 By Past Master Bill Gloyn

For many years the Trust has given St Paul’s an annual donation towards general running expenses. This satisfies part of the objectives of the Trust to support the City of London -with St Paul’s being the venue for several major Livery events during the year. Among them is the United Guilds service -at which Masters and members of all Livery Companies have met for a collective act of worship since 1943, when it was inaugurated as a means of lifting the spirits of the City following the Blitz during the Second World War. It is also where new Lord Mayors of London pause, during the Lord Mayor’s Show, to receive a public blessing from the Dean at the beginning of their year of office and the location of the Garden of Remembrance, where all Livery Masters plant a poppy cross to commemorate those members of their Company who made the supreme sacrifice during conflict.

The cathedral is at the heart of the City and Livery life. 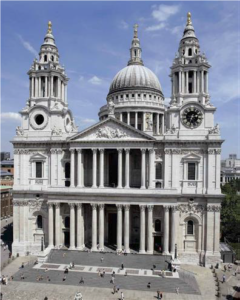 A few years ago, St Paul’s announced that it intended to build anew means of access for those who find the spectacular but demanding steps at the normal West entrance a major challenge. The Trustees at the time agreed to support the appeal for funds with a grant of £10k possibly the largest ever given by the charity to any beneficiary. This reflects the importance of the project to an increasing number of people and the fact that it is to be constructed in stone -with the intention of engaging apprentices in the project.

The £4m project has taken quite some time to come to fruition, due to a combination of planning and other difficulties. However, it has recently been announced that all required permissions have been obtained and that the works will commence during the summer of 2019, with completion due the following September.

The Trustees were pleased to be able to confirm that the grant was still available -having been kept in reserve since the original decision.

We are sure that you will be interested in the first progress report that St Paul’s has sent to us. It is gratifying to see that we are counted among other major donors with such warm appreciation.