HomeNewsNewsLiverymen of The Company who fell in WW1

Liverymen of The Company who fell in WW1 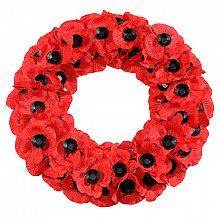 In 2018 Our Gallant Clerk issued this unique memory of the fallen of this company. In their memory and in memory of all those who have fallen or suffered in service of their country since then we reproduce this poignant research for re-reading in 2021.

The 1917-18 Livery List records the names of 34 people (Liverymen or their sons/daughters) who were serving or had served in the Royal Navy or Army (the Royal Air Force had yet to be formed). Poignantly, it also lists the 5 who had lost their lives – a sobering figure when one realises that the Company only numbered 60 Liverymen and 4 Apprentices at this time.